This week and and especially last, the siren call of unusually balmy weather pulled most students outside. Many played roleplaying games and built things with the bountiful supply of spent plant stalks and downed wood. Others enjoyed the freedom of wandering outside without coats. One day when temperatures approached 60 degrees, a young student complained that she was hot and asked to go swimming, but the creek water is still too cold for that. 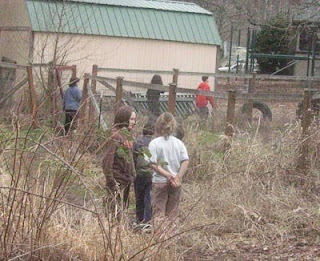 Warrior Cats has been a particularly engaging and enduring roleplaying game among students from age 5 through 11. It is loosely based on a book series, although Clearwater students have gone far beyond the books by creating rich new worlds, characters and scenarios. Many of these students are working with a staff member to develop and rehearse an original play using their roleplaying characters as a starting point. (Look for future blog posts about the play.)

For many hours, students gathered materials to build shelters and dens. 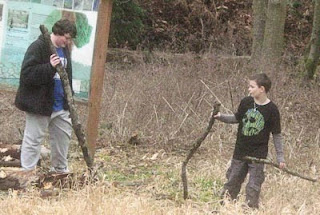 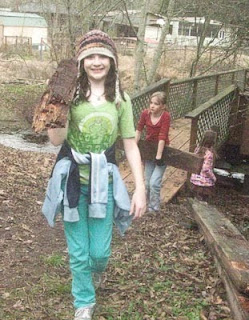 One group of students helped some of the warrior cats to build a beautiful medicine cat den (photos below) and spent some time putting together a lean-to separate from the roleplaying activity. 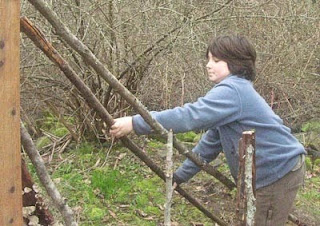 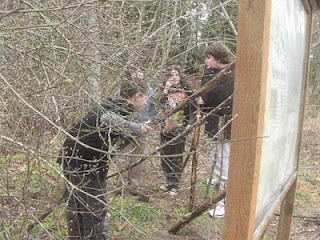 The warrior cats themselves, who are known as "Creek Clan", are prodigious and industrious builders, as well as a close-knit and harmonious clan. They care for each other and have a complex culture and well-organized structure. They have a leader, warriors and warrior apprentices, a medicine cat (or healer) and apprentice, and kits (the young ones), which they take turns caring for and training. 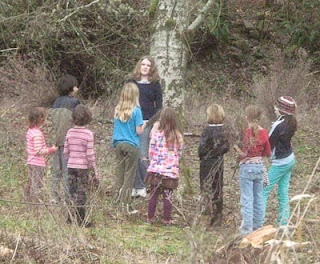 Clan gathering
More text and photos after the jump. 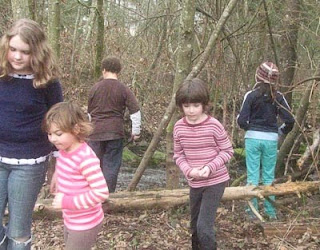 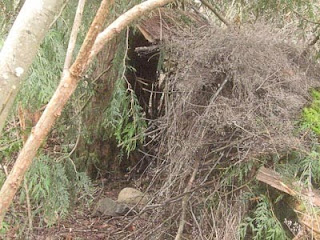 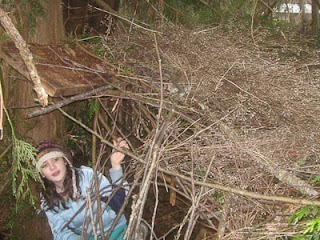 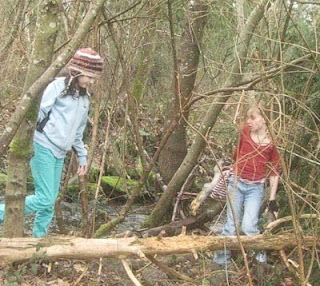 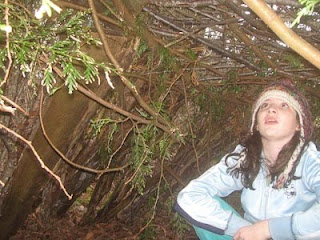 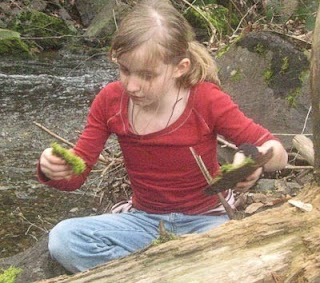 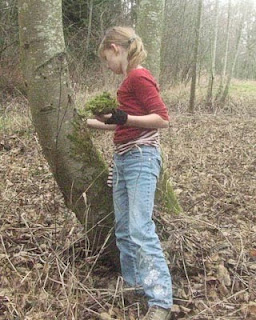 More herb gathering
The warriors have their own den and the warrior apprentices den up nearby. 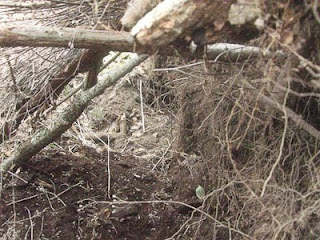 Warriors' den at the base of last week's fallen snag 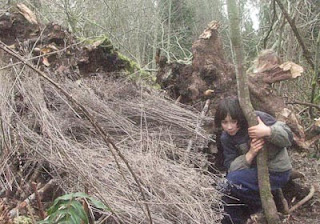 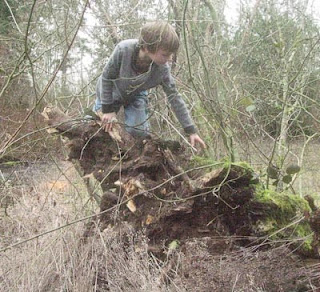 Thistlethorn above the warriors' den 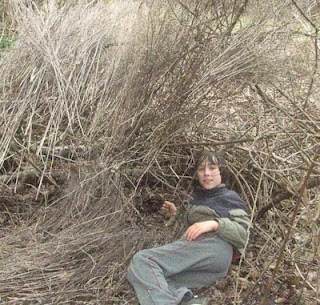 Woodflight relaxes in the warrior apprentices' den
Just today three of the littlest kits went out to the clan lands without the elder cats and sought to imitate those same elders by setting up a nursery and starting to build their own den. 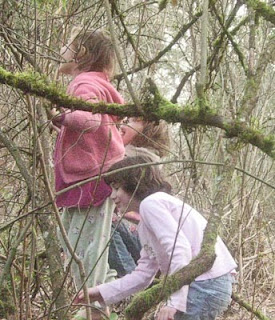 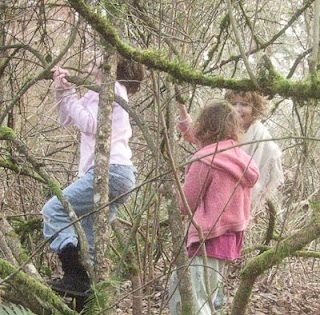 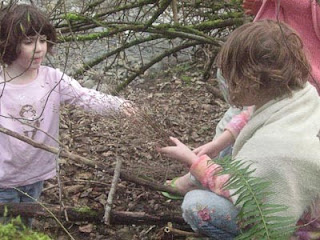 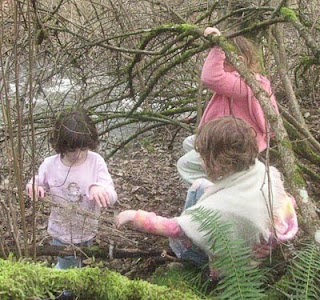 I enjoyed reading about and seeing the doings of the Warrior Cat Clan. It reminds me of the Munchkins, a similar tribe that existed for years here at Fairhaven School (a Sudbury school in Maryland.)

All the best to Clearwater,

Thanks for stopping by, Mark. It's great to hear from you. My best to all of you at Fairhaven