Two Clearwater Students to Travel to Denmark This Spring

Robert and Braden, 15 and 17 respectively, have arranged with a Danish Sudbury school in Copenhagen, Den Demokratiske Skole, to visit and study there during the months of April and May. They will be staying with one of the founders and other school families during their sojourn. In addition, they have been invited to and will attend the International Sudbury Conference in Berlin at the end of May. 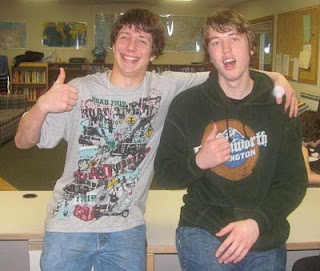 Braden has talked a lot about his desire to travel to other parts of the world. When he found out there are other Sudbury schools, including some in Europe and the Middle East, and that many of them welcome international students, he contacted the Danish school, a school in Belgium and one in Jerusalem. In emails to these schools, Robert and Braden described their interests, including cooking, traveling, juggling and spinning poi and how long they've been students at Clearwater. The school in Copenhagen replied first and their School Meeting approved a two-month visit. They have 18 students, including teenagers.

Robert and Braden have been emailing and skyping with the staff and students to hammer out the details, such as paying tuition, room and board. They are both actively earning money to finance the trip. Those of you in the Assembly have probably seen some emails from the two offering their services for a fee. They are happy to paint, clean out garages, babysit and move furniture, among other things. Please contact Clearwater if you would like to hire them. 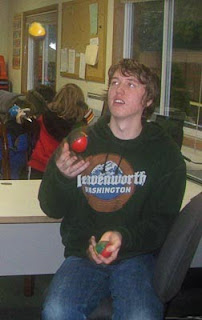 They are also organizing a fundraising dinner, to be scheduled in February or March. They will prepare all of the food, including an appetizer, three courses (including a vegetarian course) and a dessert. More details will be forthcoming. 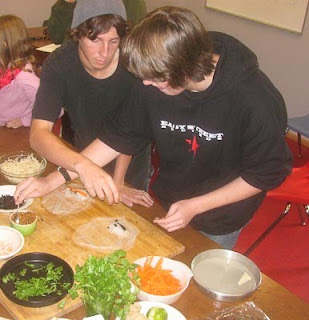 Both students can barely contain their excitement about the trip. Braden is working on learning some Danish, including phrases such as "Where's the bathroom?", "How much is that?", and "What does that mean?" 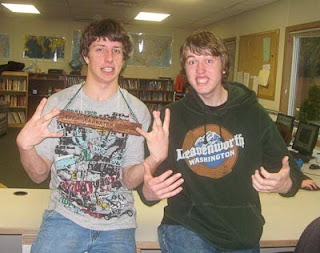 Robert is looking forward to going to school, hanging out with people and seeing everything, including a giant bridge he's seen photos of. He's also planning to do some skateboarding and poi spinning and check out some discos in Berlin. 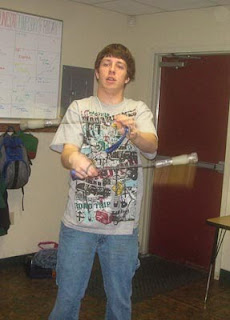 Braden is excited about meeting people and is especially looking forward to making contact with people from different countries at the Berlin conference. He hopes to go back to Europe next year, perhaps for a longer time at another school or two.

When asked how they feel about representing Clearwater in Copenhagen and Berlin, Robert said, "This is my shining moment for Clearwater," and Braden said, "I'm excited about it." One of the Danish school's staff member has asked if Braden and Robert would be willing to give a talk to Skole parents and students, and they readily agreed.

Copenhagen is a big city at 1.7 million people in the metropolitan area, so there will be lots of things to see and do. Berlin is even bigger, at 3.4 million people. It will be a great experience for both of them, even better than being tourists because they will be living and learning from natives. We are all lookiing forward to hearing the stories of their experiences when they return home in early June.