A Tree Falls in the Woods + Signs of Spring

A sizable wind storm passed through the Puget Sound area over the weekend, and one casualty was a large dead snag across the creek on the back 40, featured in an earlier post about the cold snap in December. Here's how the snag looked before the wind storm. 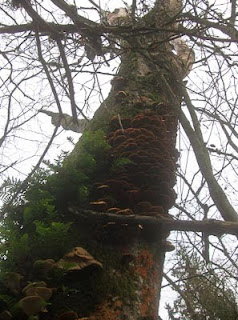 And here's how it looked when we came back to school on Tuesday. The wreckage extends from the foreground to behind the sign in the background. 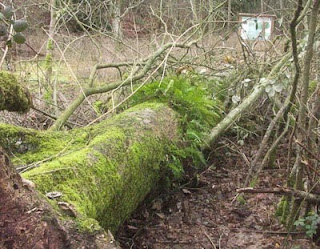 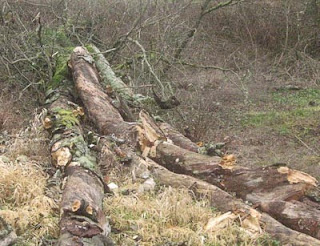 There was much excitement about the downed snag, partly because it opened up more space in a small wooded area where some students have created what they call "Creek Village". There are rooms and common spaces in Creek Village. The fallen snag made some of those rooms larger and created more possibilities. 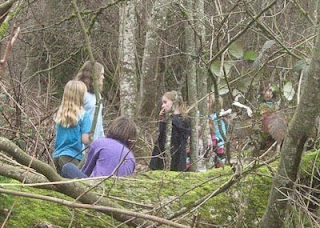 Throughout the day students were busy strategizing and then utilizing the unexpected remodel. 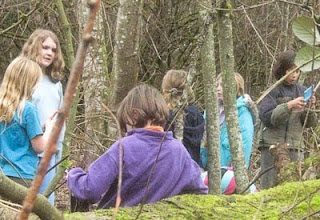 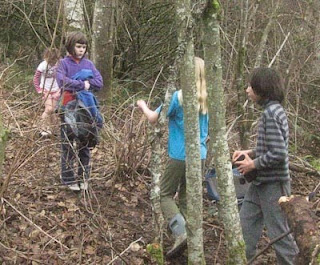 Having all of the rotting wood down on the ground made some fascinating fungus visible. I would love to know what these fungi are, so leave a comment if you know. 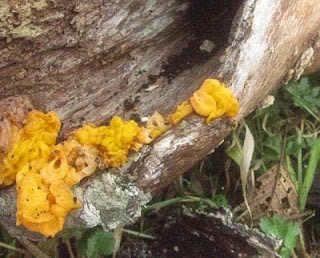 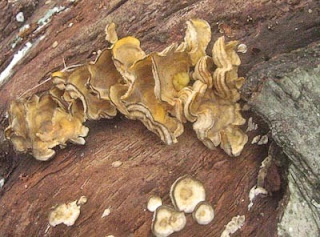 The snag also knocked over some alder and vine maple saplings, which might or might not survive the trauma. Only time will tell. The site attracted this red-breasted sapsucker, in addition to a Bewick's wren and some spotted towhees. 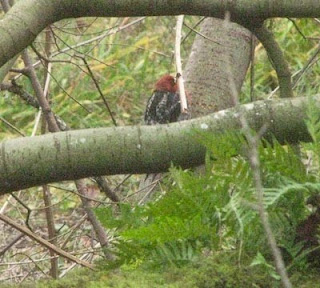 There are already signs of spring around the school. Indian plum buds have cracked open, so we'll be seeing the beautiful white pendulous blossoms before too much longer. 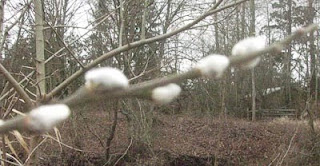 A pussy willow is already sporting some fuzzy catkins. 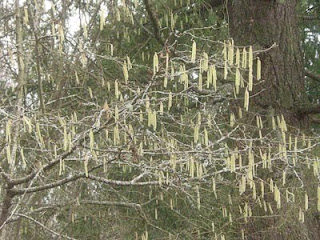 The native hazelnut trees are covered with striking elongated catkins.

Email ThisBlogThis!Share to TwitterShare to FacebookShare to Pinterest
Labels: age mixing, exercise, Outside

Oooh, great little story, nice photos. Thanks for posting this!