Here are some photos of places on Clearwater school grounds taken at the beginning of the big freeze in mid-December 2009. I'll publish another post soon showing the impressive ice that built up during the depth of the deep freeze. 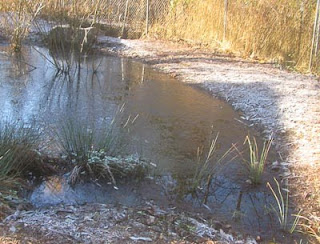 The rain garden/detention pond with frost around the edges.

The following series of photos were taken at two different times. All are of a striking snag (standing dead tree great for plant and animal habitat) in what I think of as the "Back 40", which is really the wooded and pasture area west of North Creek. 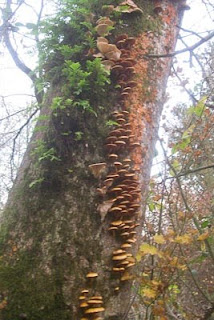 The snag with an impressive fungus garden in early November 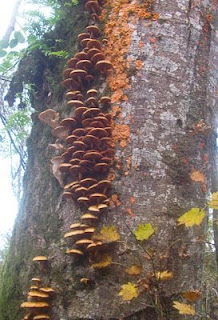 Another view of the fungus garden 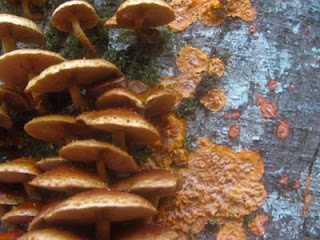 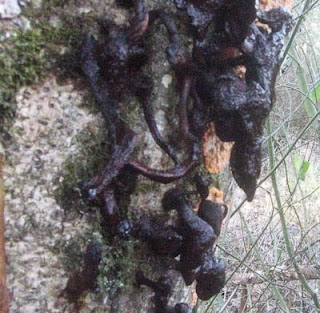 The same fungus during the freeze 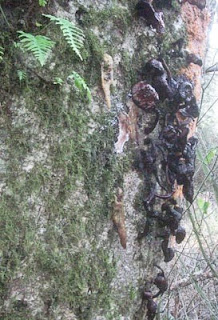 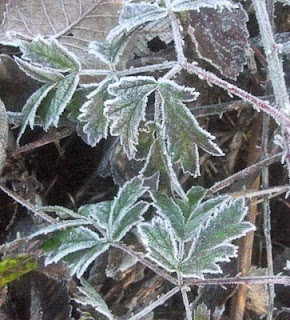 Frost outlining the leaves of a blackberry vine 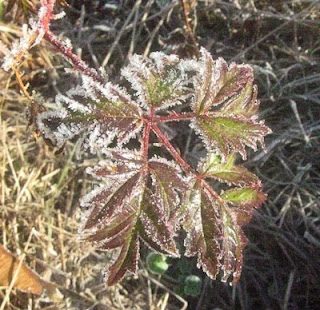 Email ThisBlogThis!Share to TwitterShare to FacebookShare to Pinterest
Labels: Outside