Each Tuesday at Clearwater staff member Mat Riggle and Robert, an advanced student chef, work with Clearwater students of all ages to prepare a meal that the group has chosen. When the food is finished cooking, they all sit down and literally enjoy the fruits of their labors. After eating, everyone works to clean the kitchen, from dishes to pots to counters and tables to the floor.

Recently, they decided to make yakisoba or Japanese fried noodles. 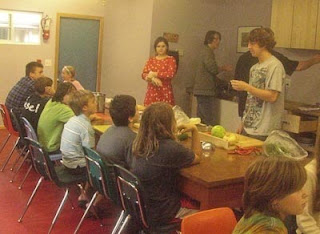 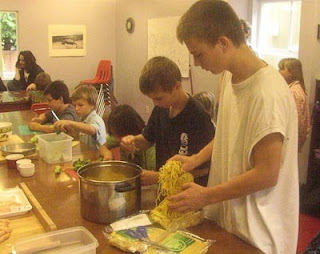 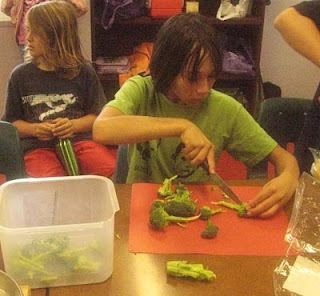 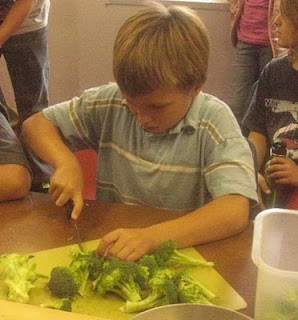 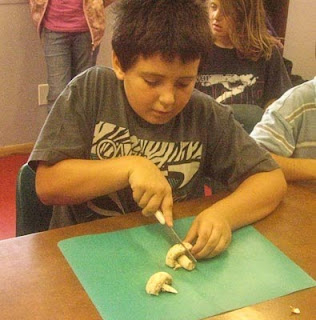 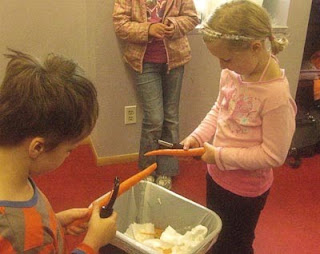 Robert (below right) noticed that Jaime was peeling the carrot by moving the peeler blade toward his carrot-holding hand rather than away from it. He quickly came over to explain and demonstrate to Jaime the safe way to peel a carrot. 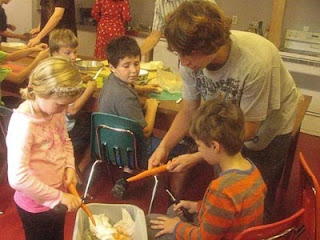 Mat brought a propane wok to school to stir fry the yakisoba. Propane cooks at higher heat than non-commercial stoves. High-heat stir-frying maintains the color and crispness of vegetables better than steaming, which is what lower-heat residential stoves do. 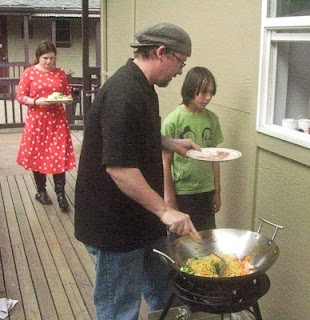 More story, photos and recipes after the jump...

Several students tried their hand at rapidly circulating the meat, veggies and noodles in the wok. 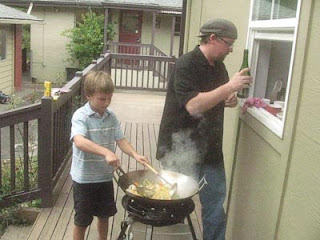 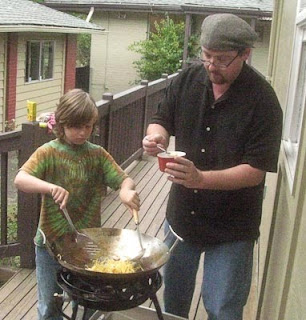 Mat explained that since meat takes longer to cook, it is fried first. He also mentioned that frying with peanut oil adds a distinctive flavor to yakisoba. 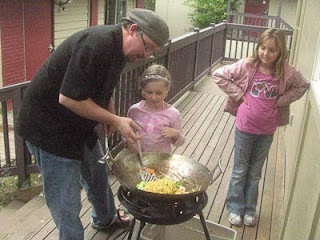 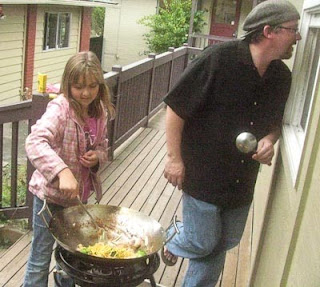 Students discovered that keeping the food moving in the wok kept it from sticking or burning. Stirring food up the sides helped the liquid evaporate more quickly and prevented vegetables from steam cooking and becoming mushy. 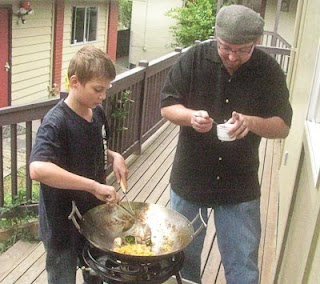 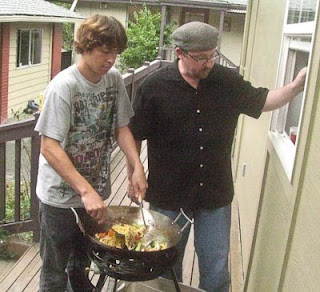 Various seasonings were added throughout the stir frying to enhance flavors. 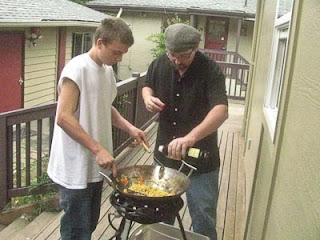 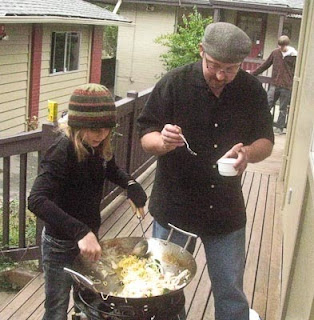 Heat up wok with oil. Add garlic and stir fry unti llight brown in color. Add pork and do a few quick stirs before adding cabbage and carrot. Stir a few times and add noodles and all the seasonings. Continue to stir-fry until the vegetables and noodles are cooked, for 1-2 minutes. Transfer out and serve immediately with some benishoga (Japanese pickled ginger).

In the emptied pan, combine onion, cabbage and carrots. Stir fry until cabbage begins to wilt. Stir in the remaining soy sauce, cooked noodles and the chicken mixture to pan and mix to blend. Serve and enjoy!