Last week a group of us piled into the Clearwater bus and drove up to North Creek Park. If you live in the area and haven't visited this park, it's well worth a trip. It's a wetland with a boardwalk through it, lots of wildlife and interpretive signs. The flora and fauna vary with the seasons and different wildlife are visible at different times of day.

The day we were there was warm. Although the weather was dry, there are several areas of the board walk that are prone to sink slightly below water level when a bunch of people walk along them at the same time. That was a source of amusement and challenge for several Clearwater students, who wanted all of us to walk or stand on a section, submerging it so they could have the fun of escaping the deluge or wading in it. 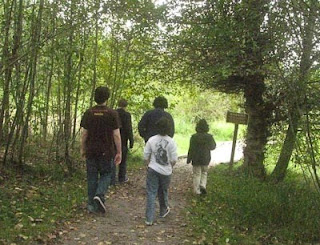 Heading down to the boardwalk 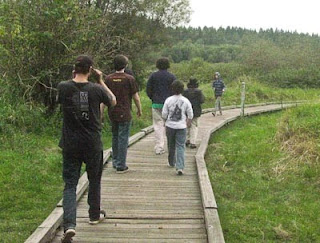 One interpretive sign talked about the importance of wetlands, describing them metaphorically as the kidneys of the earth. Clearwater staff member Matt thought it would be fun to talk about his own kidneys as the wetlands of the body. A little later, a student extended the metaphor further and suggested that lakes might be the bladders of the earth. 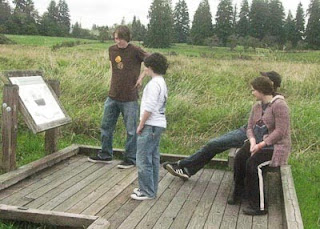 Reading about the function of wetlands 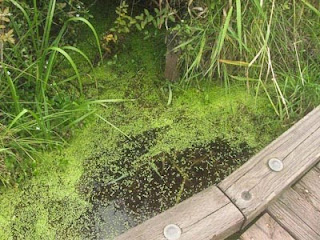 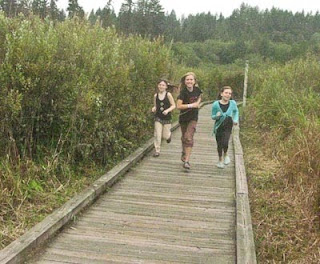 Girls returning from a boardwalk spur to a peat bog 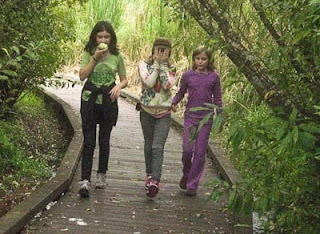 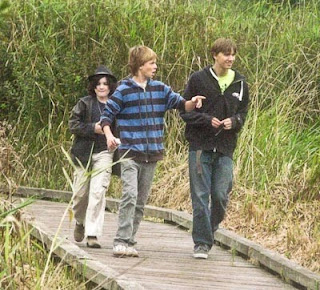 Because wetlands help clean storm water, the fact that Clearwater is downstream of North Creek Park means that the creek is cleaner when it gets to us than before it goes through the park. In fact, we noticed areas of water in the park that had an oily sheen and the appearance of sludge. 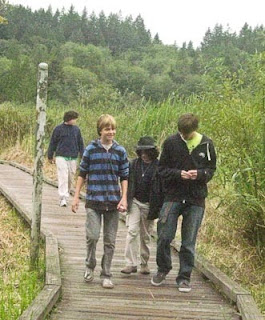 We also noticed and heard lots of birds and insects, and saw the occasional garter snake. 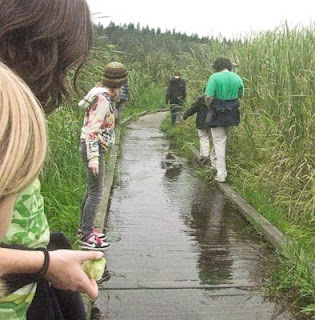 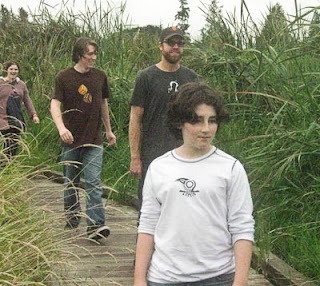 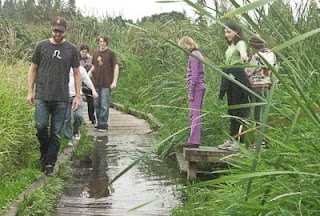 Girls voluntarily trapping themselves on platform 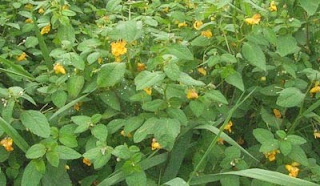 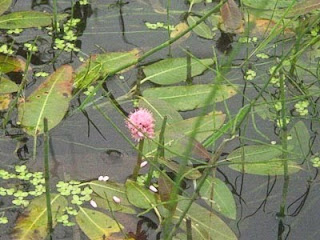 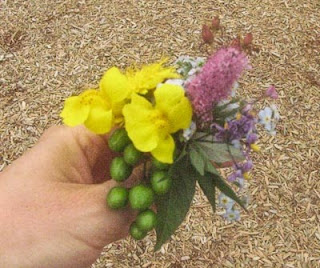 A lovely nosegay made by a student
In spite of one minor injury (a nettle sting), everyone spent a lot of time exploring the board walk and dirt trails of the park. After exploring the wetland, we all met up at the playground by the parking lot, where everyone played. Photos and information about that part of the trip will be in a post later this week.