This is the first in a series of profiles of Clearwater students. Clearwater students range in age from three to eighteen, and include kids who've attended since they were three and others who've enrolled later in their schooling.

Mara and I arranged to meet at 1:00 PM and talk about her life at Clearwater. When I tracked her down she was deep in a game with two other girls (10 and 12 years old). All of them were wolves, and Mara was on the hunt for caribou and winter bunnies. 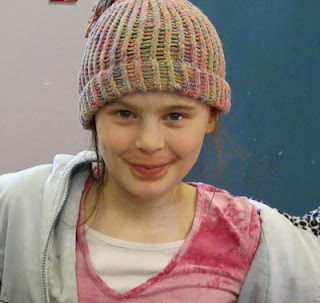 Mara turns 11 in three weeks, and has been at The Clearwater School since she was four years old. This year, she plays a lot of what she calls character and skill games. In character games, she and other players take on different personas, from magic users to animals to warriors. Skill games require the participants to follow clues and solve puzzles in scenarios they create together. Tag games are also a favorite. 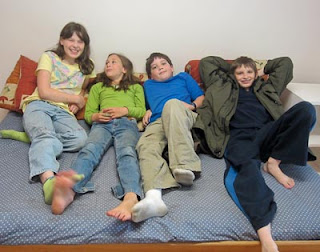 Mara, Vera, Jesse and Will


When she feels bored, she finds people to play with. "I am friends with a quarter of the people in the school." She also spends a lot of time in the art room painting, sculpting with clay and making paper art pieces. She has a wonderful eye for color and form, and she continually hones her art skills. 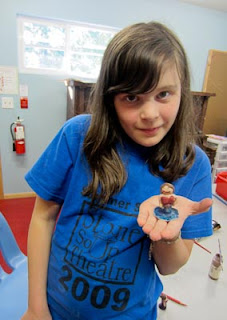 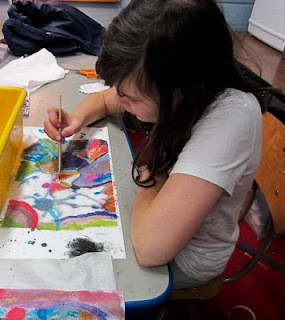 With staff member, Matt Garrity, Mara is learning about song writing and singing. Two or three times a week she meets with Matt to work on a song she's writing, titled "Expectations". The song talks about the expectations she had for herself as a little girl and how she thinks she's measuring up to them. When I asked how she's doing with her expectations, she said, "I'm older now. I can do anything if I put my mind to it." 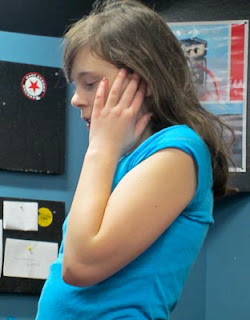 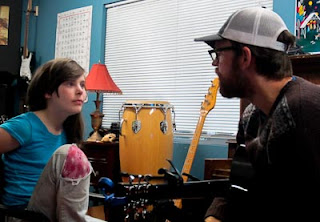 Mara and Matt work on her song

Mara said the daily cleaning chores are one of the hard things about being at Clearwater. Her strategy? "Do it fast and hope it's over." Although she doesn't really like doing any of the jobs, she's found some that are more tolerable than others. 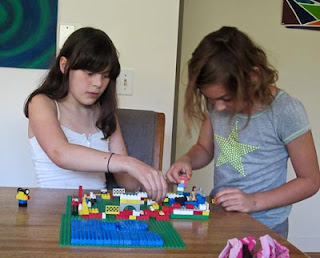 She feels comfortable dealing with difficult situations at school. She mediates disagreements herself, or writes people up for Judicial Committee if mediation doesn't solve the problem.

She said although she's occasionally been curious about what it would be like to attend a different kind of school, "I've never really wanted to go to other schools. I feel like I know more than a girl who went to public school most of her life. [At Clearwater] you can do whatever you want, set up classes and work on projects--like my song." 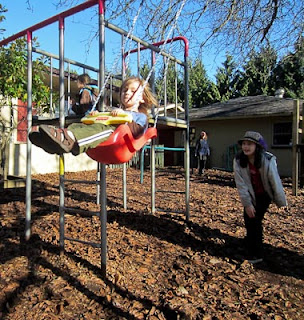 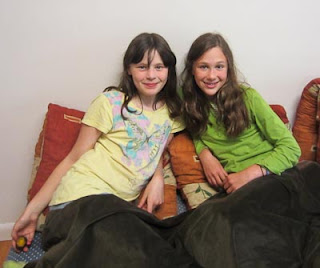 Mara and her good friend, Vera

I LOVE this post! OH, the photos speak volumes, and the things that Mara's into are so varied and rich. What a great peek into the life of a life-long Sudbury school student.

The photo of Mara, Vera, Jesse and Will has to be my favorite - so nice to see these four being so easy and real with each other.

Mara is a remarkable person and I know many adults who are not as evolved as she. I credit Clearwater, her parents, and older brother Leo.

I love photo where children are barefoot