Trivia Quiz on the Clearwater Bus

We regular riders of the Clearwater bus look forward to Trivia Thursdays on the bus ride back to Seattle. Thad comes up with the vast majority of the trivia questions, though Kallisti, driver and staff member Matt Garrity and a couple of other student riders have also contributed some stumpers. Thad is highly knowledgeable about many topics. One of his areas of expertise is geography, so we've all gotten a little better on that topic, thanks to his geography questions. Thad graciously agreed to go through past trivia quizzes and pick 20 of his best questions for readers of this blog.

On the bus, we don't allow ourselves to access the internet; we depend on our collective knowledge to come up with what we hope is a correct answer. We also pick someone who is authorized to give our collective decision as the final answer.

To make this a reasonable challenge for you, the answers are "beneath the fold".  Pretend you're on the bus and don't peek before attempting to answer all the questions. Feel free to consult with others in your company, but don't use the internet. If you'd like to comment, it would be fun to know if you found the questions easy or difficult and how many you were able to answer.

Feel free to put some trivia questions of your own in the comments. We're always looking for great trivia for our bus ride home.

Q3: What was the last time the U.S. officially declared war?

Q5: The funk band well-known for their hits "Low Rider" and "Why Can't We Be Friends?" combines with a slang term for "goodbye" to make what classic novel?

Q6: What famous murder prompted research into the phenomenon now known as the bystander effect? You must name the person killed.


Q8: What are the shortest and longest Beatles songs?


Q11: This Serbian film is renowned for its terrifying content; it was subject to a police investigation and banned in Spain, Brazil, Norway and an Australian province.

Q12: What is Brunei, out of the following?
1) A province of Malaysia, bought from Indonesia
2) An independent monarchy with a developed economy
3) A now defunct nation; it was annexed by the British in the 19th century and remains a territory of the UK
4) An island of Indonesia famed for its early role in the sugar trade

Q13: In which modern country was Christopher Columbus born?

Q15: On what day of the week was Easter Island discovered?

Q16: Name the four locations (other than the USSR) named in the Beatles song "Back In The USSR".

Q18: In the modern British Monarchy, which is higher ranking: Earl or Baron?

Q19: What are the two closest living relatives to humans? 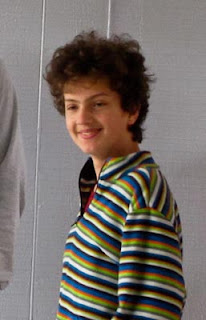