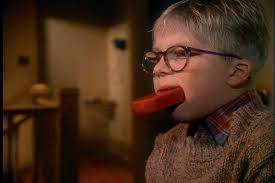 I can't say that I love the semi-gratuitous swearing that seems to pour out of the mouth of my seven year old, but I have always felt that restricting kids from swearing and/or not swearing around kids is somewhat bizarrely arbitrary. I want my kids to understand the power of language in all its permutations and allowing them to swear has given us the opportunity to have great conversations about the meanings of some of those words and why (at least at our house) some swear words are okay, but others (ones that have potentially sexist, homophobic, etc. meanings) are not.

Unlike Sarah, I am quite fond of semi-gratuitous swearing -- as long as it's done by small barefoot kids with unbrushed hair running around school buildings. I feel a sense of nostalgic comfort when I see this kind of spectacle; it reminds me of my childhood and the free school I went to. My kids actually swear a heckuva lot less often than I do, and almost never (anymore) in embarrassing situations like in front of grandparents or at a summer camp. I hear much more gratuitous swearing on public transportation or crossing college campuses -- coming from the mouths of those who, presumably, did not get much experience of freedom and its consequences in their early years.

"Bad language" is the number one example showing that children learn by example: Don't use bad language around them and they won't pick it up. I agree with Sarah, be open about it and talk about what could be taken as an insult and is not good (words can hurt).