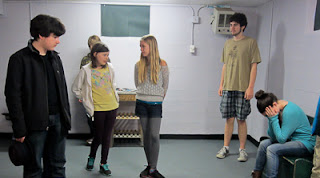 Scene from an early rehearsal

For the first time in The Clearwater School's 17-year history, a group of Clearwater students is producing and offering public performances of a full-length play. You are cordially invited to attend a performance, scheduled between Thursday, May 30 and Sunday, June 2. 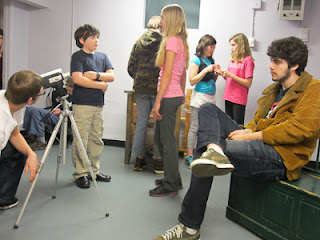 The play is Attack of the Killer Murder...of Death, by Wayne Rawley, a local playwright, whose work has been produced at the Empty Space Theatre and Seattle Public Theatre, among others. To date over 20 of Rawley's plays have been produced in Seattle, Los Angeles and the San Francisco Bay area. 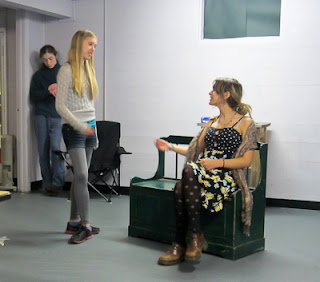 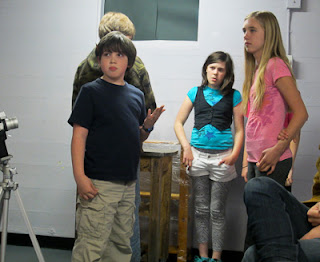 The actors listen to the director (Matt)

Tickets are available for a suggested donation of $10 per person. There is one intermission, when audience members can purchase homemade baked goods and beverages. Reserve your seats today by calling The Clearwater School at (425) 489-2050 or sending an email request. 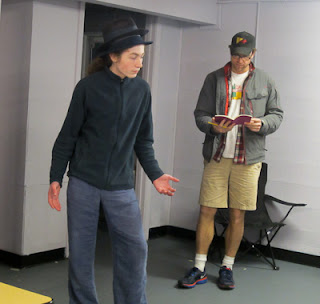 In preparation for this production, students involved in the production founded the TCS Acting Society, which has worked for the past several weeks to  renovate an unused storage area at school into a performance space. They cleared out the rooms, repainted and added lighting and curtains. 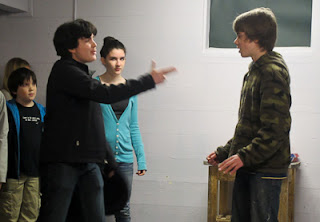 Rehearsals started March 18, and two weeks ago, actors began rehearsing off book. Actors and the technical crew are working on costumes and props. 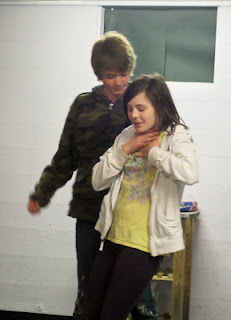 During the past three years, several of the people involved in this performance took acting classes at school with Clearwater parent, Pearl Klein, and developed three improv performances. Three of the actors have performed scenes at Clearwater events. Four members of the cast have acted in public performances at local theatres, but no one else has ever been in a full-length play before.

Crew and cast for this performance are: