Not as different as I thought (Part II)

As I was writing about some of the similarities between my own school experience growing up, and my kids' experience at Clearwater, I started to think about how both schools were opened in order to provide the community with an educational option that at the time was available at only a handful of schools around the country.

Here is what The Bryn Mawr School website says about the founding of the school in 1885:

".... putting the social standing and reputation of their families in Baltimore at risk, ... five young women chose to open a school that would prepare local girls for something they knew many families did not yet want - intellectual challenge on par with that available to boys." "The curriculum was daring and liberal for its time, including both modern and classical languages, English, history, math, the latest scientific theories, and a focus on physical education - all of which stretched the limits of imagination and acceptance." 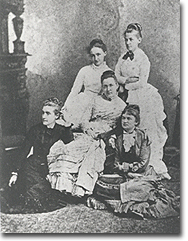 Today, it is really hard to wrap our heads around the mindset of a time decades before women would have the right to vote in this country, when it was highly controversial for girls to go to school and take classes in English, Math, P.E. and so on. But, as a Clearwater parent, I am very familiar with the experience of sending my kids to a school which stretches "the limits of imagination and acceptance."

I'm not sure exactly what motivated parents in 1885 to send their daughters to a school where girls were viewed as equal to boys. Maybe their reasons were not so different from the reasons parents today send their kids to Clearwater, where children have rights and responsibilities that throughout most of our culture are only enjoyed by adults.

Many of the mothers of those first Bryn Mawr students must have wished that they could have gone to a similar school when they were young. Perhaps some families were seeking a solution for a "difficult" daughter who just could not seem to succeed at what the "normal" girls of the day were doing. There must have been families in which one parent approved of the school and one didn't. In any case, it took courage for all of the parents to allow their daughters a type of education which many people felt would be destructive to the girls' futures, and perhaps even to the future of society as a whole. 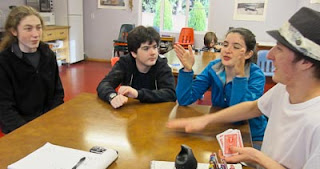 It so happened that I was in the 100th class to graduate from The Bryn Mawr School for Girls, and so there was some extra focus on the history of our school that year. I vaguely remember that Founders Day was kind of a big deal. To me, the founders were those stern-looking women in Victorian outfits in those old photographs, and I couldn't really imagine them as actual people. Now that I am more aware of the challenges involved in the early days of an innovative style of school, they seem more real to me, and I am impressed and inspired by what they were able to accomplish. I picture them as free-thinking, visionary, and determined women, not so unlike our own Clearwater founders.

Girls and ponies at Clearwater


I am sure that the early supporters of The Bryn Mawr School would be happy to see how it all turned out. They were correct in anticipating the type of world that women of the future would be living in, and they also helped to bring that world into being. And the school continued to thrive and grow for the next century and well beyond that. 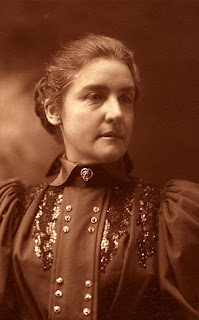 It's fun for me to think about Clearwater celebrating its 100th year in 2096. Perhaps some of today's students will be around to tell their stories. Maybe by then, it will be entirely commonplace for kids to vote on issues important to them, and to learn what they want to, when they want to.
Posted by Shawna at 11:26 PM

I love this comparison between visionary education of the past and present!

My father went to Manumit School in Pennsylvania and New Lincoln School in New York in the fifties, paving the way for the Children's Community School (CCS) which a group of parents started in my house when I was 3. I love the through line of 3 generations of alternative Kleins, and though the schools listed above have all closed their doors, there are always new experiments to challenge the status quo.